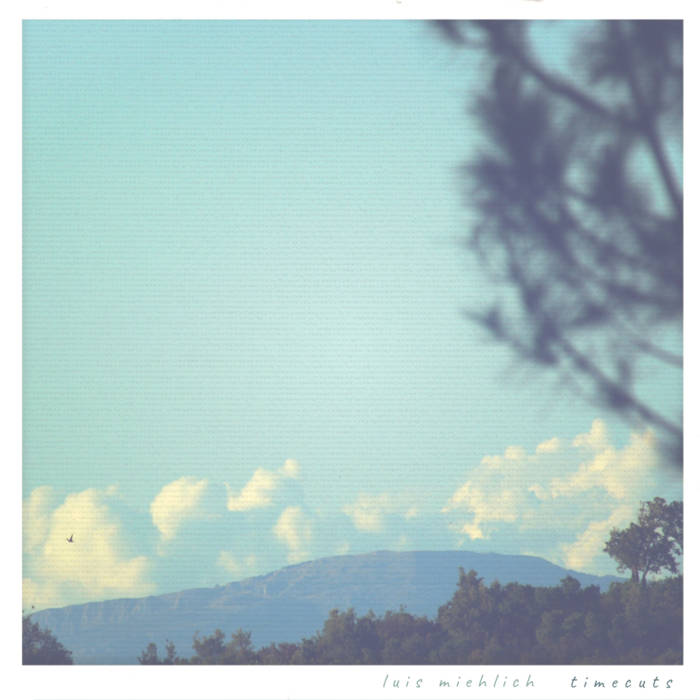 "In 'Timecuts' we have the follow-up record to 'Silences' which builds upon some unused/rediscovered material from between 2013 and 2015. These were heavily processed and then expanded upon with additional compositions and instrument sounds. The reworking of past material became a concept of sorts, as matching the old with the new became an important part of the process. Luis decided to extend a wider invitation to adapt these works to other artists, with a brief to reinterpret rather than simply remix. Erder and SineRider were logical participants, after both having featured in the 'Silences' album. Then our own Glåsbird as well as Gallery Six joined to complete the line-up.

Timecuts clocks in generously at just over an hour, starting with Luis' seven pieces. Everything from bells, drones, static, guitar, piano and radio static becomes a woven fabric to this beautfiully varied album which is a tapestry of short dreams. The invited artists were given the stems from the original works rather than Luis' own recreations, to help give further room for experimentation. The remixes add an extra dimension, which becomes every bit as crucial a part of a record steeped around themes of adaptation."

Bandcamp Daily  your guide to the world of Bandcamp