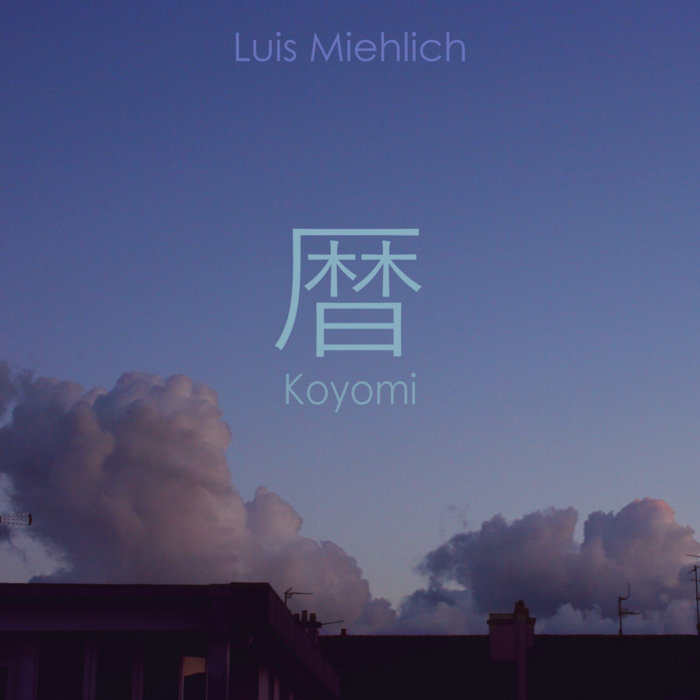 Matt Taking a chance on this album. Let's see where it goes~

Ashot Danielyan This is really great album. Very peaceful and relaxing. And I can hear that it's created with love. Wonderful ambient!

Ambiance Glitters Impossible to pick a favorite from an artist so talented with the ability to create gorgeous atmospheric soundscapes... the story of Koyomi is truly as rich as Miehlich's creative talent. Favorite track: March 12.

A calendar of imperfections.

In late 2017, I dusted off my hardware setup and started making a few pieces with it again (now released with last year's "winter collection"), which was a lot of fun and made me want to try making a full length project with it.

During my other projects throughout the year, I started recording these pieces, first rather aimlessly, later with more thoughts about concept. They're all live-sessions, usually made in one sitting and one take, mostly hard to replicate. My methods and approaches changed quite a bit over time, the first pieces were recorded to a Zoom R16, the second half through a hardware mixer onto a single track in Ableton.
Some pieces have some overdubs, some don't; some are purely electronic, others feature some guitar or other instruments.

All of them are very raw and I was torn whether I should actually release this for quite a while, it has a lot of rough edges: there's clipping, bad soloing and the form feels incomplete with some months missing. But all of these points make this very electronic album human in a way, something I often try to find in electronic music anyway. I can't say I'm completely content putting out music that isn't always as good as it could be, but this humanity still somewhat appeals to me.
Thank you for listening!

Bandcamp Daily  your guide to the world of Bandcamp